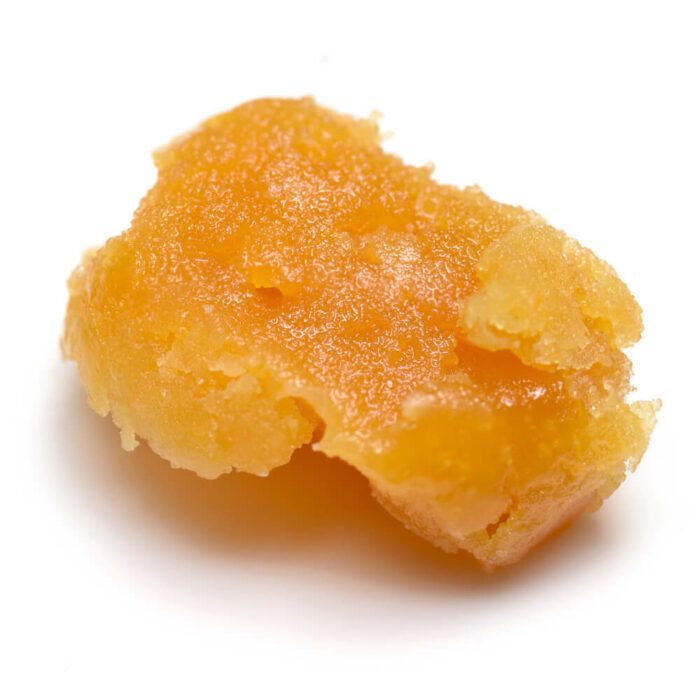 Cannabis is used for different purposes. Similarly, there are many ways of taking it. That, however, depends on the cannabis product you want to take. Consuming cannabis flowers is not the same as consuming cannabis concentrates or other marijuana products.

What Are Budder Dabs?

Budder dab is an example of cannabis concentrates with a unique consistency. It is neither solid nor liquid but somewhat waxy. Its texture is almost the same as that of peanut butter.

How To Make Budder Wax

Budder wax is mainly made through butane extraction, but CO2 extraction is also ideal. The latter option gives a cleaner product than the former. After the first extraction process, budder concentrate goes through a purging process that makes it thicker and creamy texture. But what are the exact steps of the budder concentrate-making process?

Dried and cured cannabis flowers are put inside a container and doused with liquid butane. Butane removes resinous trichomes from the plant matter as they pass over the flowers. The resulting solution of butane and absorbed resins are then purged. This process requires high pressure and heat to remove butane.

Cannabis budder is constantly stirred or whipped during and after the purging process. That agitation crystalizes the budder, giving it a thick, creamy, and butter-like texture. The formed weed budder is stored for later use.

As mentioned, a budder dab can also be made through CO2 extraction. The steps are nearly the same as that of butane budder concentrate extraction. The only difference is the low temperature and high pressure used to turn CO2 into a supercritical fluid.

Budder concentrate is one of the most popular cannabis products among marijuana users for the right reasons. First, budder is highly potent, with THC clocking between 80% and 90%. Secondly, the budder dab retains most of its terpenes. That means you will still have the same aroma and flavor you associate with fresh cannabis flowers.

Lastly, marijuana budder dabs can be taken in many different ways. You can smoke, vape, or dab budder. More on how to use budder concentrate later.

Is There a Difference Between Batter, Budder, And Badder?

Many people often use batter, budder, and badder interchangeably. Don’t be surprised if you are given a badder instead of a budder at a dispensary. But is there a difference between weed budder, badder, and batter?

By now, you already know what budder is. We won’t repeat it but just highlight how it differs from badder. Marijuana badder is also a cannabis concentrate made the same way as budder. However, it has a whipped consistency, making it thicker than budder. You distinguish it from the other by its thick frosty appearance.

On the other hand, batter concentrate is another name for weed budder. It gets that name from its thick and butter-like appearance. That means you might be given batter if you ask for budder and vice versa. Don’t raise your eyebrows because they are all the same thing.

Weed budder, wax, live sugar, and crumble are all marijuana concentrates. But how do these other products compare with a batter concentrate? There is a difference between wax, shatter, and budder. Let’s find out!

The main differences between the listed marijuana concentrates are how they are made. The steps or processes make the difference in the potency, texture, consistency, aroma, and flavor of concentrates.

Starting with budder vs crumble: the two have the same consistency, but there is a way of distinguishing them. It is a crumble concentrate if it is dry and crumbly like cheese. On the other hand, a budder concentrate is moist and relatively easier to scoop. Also, marijuana budder is more aromatic than crumble.

Distinguishing wax and budder concentrate is also challenging. But for a keen eye, the difference is as clear as day and night. The wax concentrate is the lightest and airiest version of the budder. Its texture is more like a honeycomb. That is much different from the creamy consistency and texture of the weed budder. Check our previous post on shatter vs wax for detailed information.

It is easy to tell live sugar concentrate from cannabis budder by looking at the two. As mentioned, the former has a creamy, butter-like consistency. On the other hand, live sugar cannabis concentrate is brown and has a sugar-like texture. The crystals are visible and often appear clumped together. Live sugar is not waxy.

How To Use Budder

Marijuana budder dabs are the most common, but you can use this concentrate in other different ways. Let’s explore the most famous among cannabis lovers.

It never matters if you are a newbie or a veteran cannabis user. You can successfully dab weed budder. You only need a bit of practice to get it right over time. And for an optimal budder dabbing session, prepare everything you will need. Grab your budder dab rig, nail, torch, and a dab tool. You can optionally get a terp timer for temperature measurements.

Proceed with the following step to dab your marijuana budder:

1. Use your dab tool to cut a small piece of the budder concentrate to be your budder dab. Keep in mind that cannabis budders are way much more potent than flowers. So, limit your usage or consumption.
2. Use the torch to heat the nail of the dab rig to make it hot.
3. Add your live THC budder. But before doing that, let your nail cool down for a few seconds.
4. Position your mouth over the mouthpiece of the dab tool and apply the budder dab to the nail.
5. Rotate the tool and slowly suck air into the rig to draw in the smoke but don’t inhale it yet.
6. With enough smoke in the rig, inhale the smoke and exhale a few seconds later. Don’t let the smoke stay in your lungs for long because of the potency of the budder concentrate.
7. Sit back and wait for the effects of the budder dab.

Vaping a budder or badder concentrate is much easier than dabbing it because of the tool used. You can buy a vaporizer of your choice in the market for this purpose. This tool is also more portable than a dab rig.

A vaporizer heats the weed budder until the active compounds in it vaporize. You then inhale this vapor to get the effects. But how do you do it? Load the budder into the vaporizer and heat it to about 300 degrees Fahrenheit. This temperature will turn the weed budder into a vapor you can inhale.

Put Budder on A Joint

This method of consuming marijuana budder is also called twaxing. It involves adding a budder concentrate to a joint for more kicks. Proceed as follows:

Break the budder wax into small pieces using a dabbing tool and evenly spread it over the flower you already placed in the joint. That is all you should do, but there are a few things to note and precautions to take for the best outcome.

Budder concentrate burns slower than the buds. Also, if you allow it to touch the paper, the budder may flow into the joint and cause uneven burning. That will make it nearly impossible to use the cannabis budder that remains outside the joint. Or you can purchase ready-made infused pre-rolls.

Smoke Budder with A Pipe Or Bowl

The last method for using weed budder concentrate is through piping. Water pipes or bongs are the most common, but you can use any pipe type to consume budders.

Put a sizable amount of weed budder inside a bowl and light it. Wait as it burns until it starts to vaporize, and use your pipe to inhale the vapors.

Budder concentrate requires more time to light than buds. So, be patient and take your time with the process.

Can You Eat Live Budder?

Yes. You can eat live budder, but you won’t get the psychedelic effects, which is why you consume weed in the first case. Eating raw cannabis flowers or live budder will not stimulate your body because the active compounds within the plant are in their inactive form.

THC and CBD exist in a raw cannabis flower or live rosin as THCA and CBDA. These compounds are activated through the decarboxylation process. Heat removes the carboxylic acid groups, converting THCA and CBDA into their intoxicating form. Hence, unlocking their psychoactive properties.

You, therefore, need to heat or smoke live budder before consuming it to get the effects. Otherwise, you may not realize any change in your body regardless of the amount you consume.

How To Store Live Budder?

Weed budder hardens and darkens over time if not properly stored. Store your budder concentrates in a dark, airtight container to achieve a longer, stable shelf life. That should also be in a cool dark room. In other words, keep your budder concentrate away from moisture, light, oxygen, and high temperatures to avoid degradation through oxidation.

Light, heat, oxygen, and moisture can alter the aroma, taste, color, and potency. Learn more about how to store concentrates for longer shelf life.

Buy THC Badder in Denver at The Lodge

Are you looking for high-quality budder dabs? Check The Lodge dispensaries for safe weed budders prepared by experts and appropriately stored. You can also use our Monday dub deals to save on the cost. Visit any The Lodge dispensary near you for the best service and great weed deals on different cannabis concentrates.

Is budder the same as wax?

Yes. Budder and wax share many properties, including the preparation process. the only difference between the two is how long wax and budder are whipped during and after purging. The latter takes longer and comes out stickier and thicker than wax.

How is badder concentrate made?

Badder concentrate is made through butane or CO2 extraction. It is whipped during and after the purging process to make it thicker and stickier than budder concentrate.

What is a live budder?

Live budder is a live resin concentrate with the same creamy consistency as budder wax. However, it has more terpenes than the usual weed budder concentrate.

Is budder better than shatter?

No. Shatter concentrate has more desirable properties than weed budder. It is more appealing and retains its potency for a long time than budder, which degrades more quickly.

How to smoke badder?

You can smoke budder in a vaporizer, a dabbing ring, or pipe and bowl. The method you choose depends on your personal preferences or the tools you already have, but you will get the same experience.

Can you cook with budder?

Yes. You can cook with budder or add it to your edible, but only after decarboxylation. That process turns the inactive THCA and CBDA into their active forms: THC and CBD.

How long does budder last?

Budder concentrates can last for two years if stored away from light, moisture, heat, and air. Exposure to one or more of these elements can quickly degrade it, lowering its shelf life.

What is a cured budder?

A cured budder is a concentrate made by stirring and whipping during the purging to produce a thick cake batter-like consistency. Cured cannabis is used instead of fresh frozen buds.