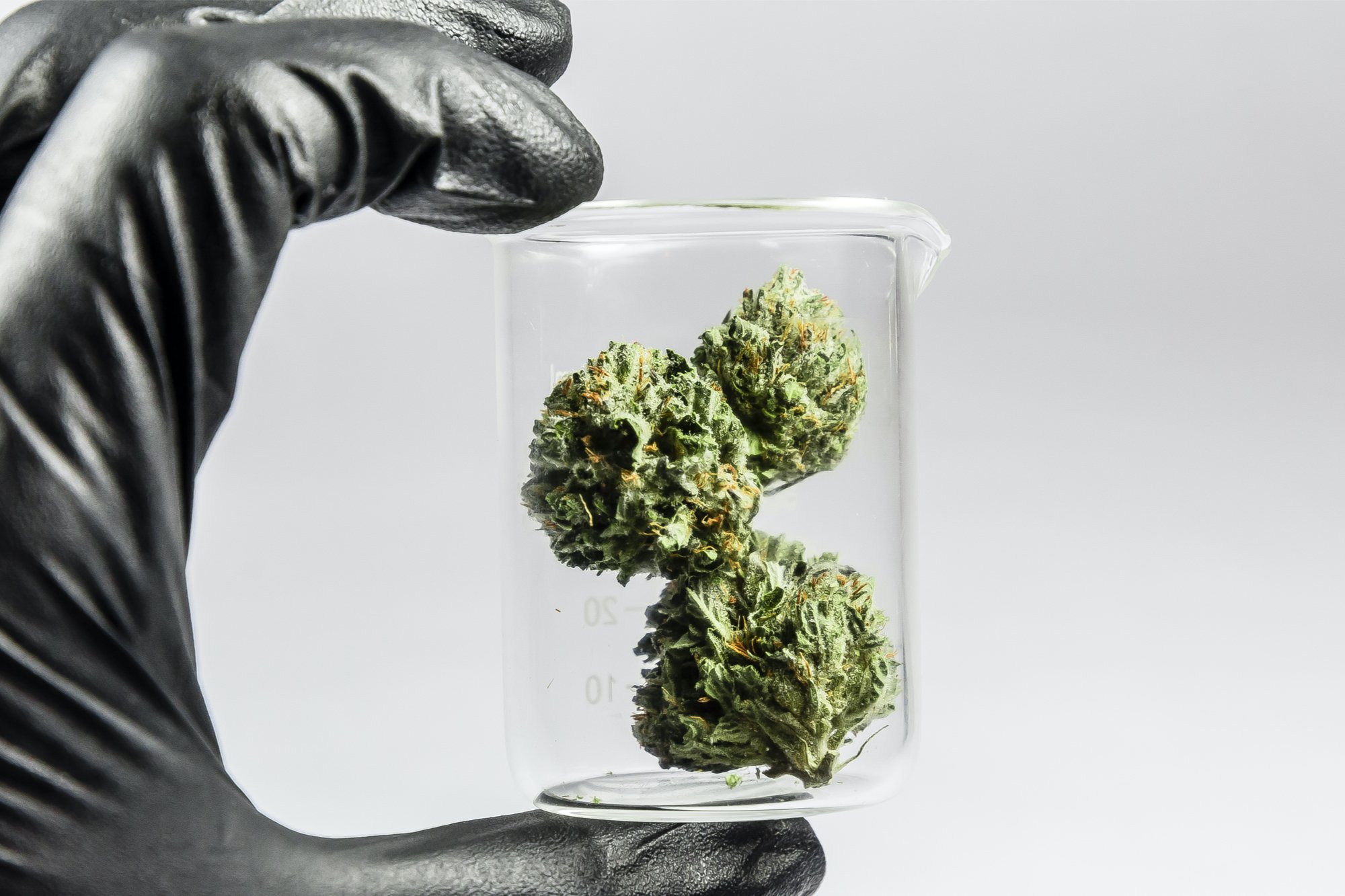 This topic depends on what the word “quality” is for you. It might signify “cheap” if you don’t have much money. Or it might mean “flavor” or “taste.” It may have something to do with genetics or where the strain comes from. Also, the organics of the product and the absence of pesticides are important quality marks.

However, if you are a newcomer or an experienced Rastafari, here are some tips to help you know the quality of any variety of weed.

Many varieties of weed smell great, but it tastes like regular smoke. But there are varieties that taste just as good as they smell. HP13 and Mothership have this feature. Technically, it is tested on the smell of the other half of the joint. Most weed varieties smell great in the first half of the joint, and when it comes to the second half, they just start to smell of resin. A really good weed retains its flavor even when it already burns the lips.

Cannabis is a flower, so take a look at its appearance. Choose something beautiful and savory. But you should avoid weed that has discolored, became moldy or is being jumped over by beetles.

Weed gets a bad appearance because of its presence in the briquettes, sloppy storage, and care conditions. They are browner than green, drier, and more earthy than fragrant. It may even indicate that you have toxic PGR weed.

If you are buying weed, do it in the light and look as carefully as possible. Do the crystals in the lump shine? If so, that’s a good sign. The glands that give off the THC-containing oil are shiny, and it’s got the whole thing in it! Many people mistakenly think the white weed seems to be the most “crystal”. It’s not quite like that. All these white hairs are practically THC-free. Look at that white weed in the sun. It’s barely shiny, and there’s not much THC in it. That’s why White Widow isn’t the best strain. Lots of white hairs, but very few real crystals that we need so much.

Most of the offered marijuana is middle class. Generally, all varieties of weed are green with different pistils, depending on genetics.

The fact is, no one wants to specify that sales middle-class weed. There’s no marketing need in that. But you can still find the “golden mean” by relying on experience.

For instance, the Tahoe OG is a middle class that will make you light and idle. It’s a good cure for insomnia and pain. The quality weed of this strain is covered in bright colors.

Some advertise Girl Scout Cookies (GSC), a hybrid of OG Kush and Durban Poison with several awards. This is a middle-class variety. High THC content, incredible euphoria, and pain relief, what could be better? It is not comprehensible why this variety is classified as a middle class. But you’ll recognize at its bright coloring.

Healthy varieties are also well crystallized, sometimes with shades. Everything depends on these crystals.

The most popular way to check the weed is to touch it. It should be dry, but not crisp. It should be wet and dry enough to burn easily but not to burn too fast. If the weed breaks down hard, it’s a sign that they’re dry. THC is the first thing that interests you, so when you buy bad quality weed, you lose your money.

Seeds, leaves, and twigs don’t make it any better. They just fill up space. And if the weed is too wet, then it is overtreated. Wet weed is more expensive because is weighted with “moisture”. You can’t smoke it well and might get sick.

If the weed is well dried, it clicks when you break the stem. If the stem just breaks without clicking, the weed is raw and not ready for smoking. Another indicator of good drying is that the joint burns evenly and equally densely in all places. For shredding the weed it is better to use a grinder, it can be purchased in many theme shops. The grinder shreds the grass to a condition that is very convenient for self-crushing. If the joint still burns unevenly, it means that either the weed is not dried out or poorly treated and there is still fertilizer left in it, which is even worse. Never buy raw weed because you pay for moisture which will still evaporate. If you seal the raw grass for storage, there’s a good chance it will get moldy. (Сheck out also how to properly store weed.) NEVER smoke moldy grass, you may get a lung infection. Always examine the weed thoroughly for mold, don’t even hesitate to use a microscope. Mold looks like a thin cobweb that entangles the weed.

Too dried weed is not good either. If it is so dry that they’re easily crumbled into powder, your throat will be feathered and you won’t feel the taste. Dried weed can be slightly moistened by putting a fresh salad leaf on it for 12 hours, it gives the grass good moisture, and at the same time does not spoil it’s smell and taste, because it itself has almost no flavor.

Even if you can’t smell the mold, the wet lumps may contain enough fungus and botrytis to cause headaches and vomiting.

Smoking weed can tell you something, too. As BTL in South Africa notes, “the final test of weed quality is smoking. It must meet your expectations in terms of effect and ability to smoke with your desired method.

This adds up to another problem. Depending on whether you smoke tubes, bong, or split, you need your “arson”.

Cigarette paper is the best choice for a professional smoker. It doesn’t leave ashes and is easy to buy in cigar shops. Don’t use hemp paper because it smells like hemp. You can use a vaporizer, and if not, smoke through a clean glass tube or bong. Just make sure it’s clean! You can clean it with a cloth or a brush with alcohol or salt. The salt does not dissolve oil but acts as an abrasive to help remove it from the glass. Do not even try to taste cannabis with dirty appliances. This way you lose at least half your taste.

You should pay attention to how hard the weed burns. You should get fluffy white/gray ash, but there might be sparks and splashes. This could indicate chemicals that have not been cleaned.

Does smoking have a chemical flavor and bitterness that irritates the throat? If so, it’s most likely fertilizer leftover. This kind of weed is best to be avoided. If the joint clicks and hisses, it’s a sign of the same problem. It’s better to refuse at all than to smoke fertilizer.

Biologists have explained how to choose the right marijuana

Biologists have found out why some marijuana varieties have psychoactive effects and some do not. Those marijuana varieties, in whose cells a substance called tetrahydrocannabinol (THC) is synthesized, have a narcotic effect. In plants that do not have an effect on the psyche, instead of THC is synthesized another cannabinoid – cannabidiolic acid.

In order to determine why some varieties of plants have a narcotic effect, and some do not have such an effect, scientists have compared the transcriptomes of different varieties of hemp (transcriptome refers to a set of all currently working genes, or rather, not the genes themselves, and RNA synthesized with them).

It turned out that marijuana, which has an effect on the psyche, has an active gene THC-synthase, an enzyme that is involved in the production of THC. In cannabis varieties that synthesize only cannabidiolic acid, this gene is “off”.

Specialists have found an explanation for this biochemical difference – they have shown that during the selection and cultivation of wild marijuana varieties from its genome missing gene encoding an enzyme called cannabidiolic acid synthase. In non-psychoactive varieties, this enzyme competes with THC-synthase for the initial components needed to synthesize both THC and cannabidiolic acid. Consequently, little THC is produced in such plants or the cannabinoid is not synthesized at all.

Interest in marijuana is explained by its therapeutic effects – preparations, some ingredients of which have been derived from marijuana, are used to treat multiple sclerosis, certain cancers and other diseases.

In the end, it all comes down to the process of smoking.

Your perception of quality depends on your experience, and it will vary from strain to strain. It might also vary within the same weed. Your own research will show that the effects of the same strain can vary depending on volume and capacity from one grower to another, one growing method to another.

However, people will judge by taste, expecting something more or less powerful, better taste or smell, paying attention to negative side effects.