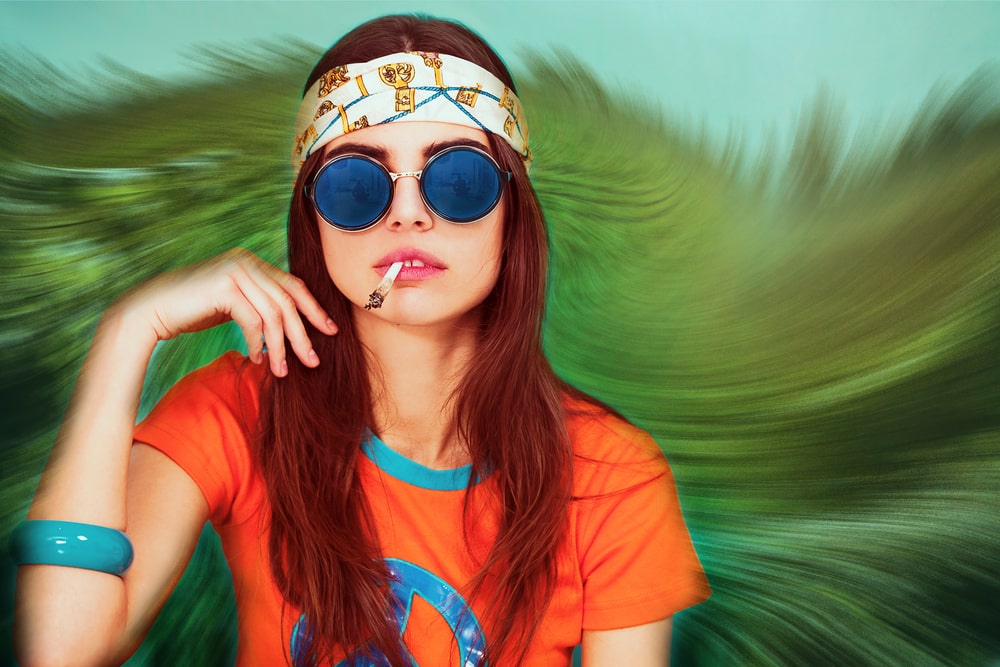 People have been using weeds for different reasons, depending on the desired effects. Some stoners will look for the most euphoric strains, and others the best giggly strains. It might not be easy to understand why weed users prefer some effects over others.

If you need something more mind-altering rather than being just couch-locked, psychedelic weed strains are the best. Trippy weed strains will practically change your sensory system and detach you from the surrounding. Sometimes, the effects are strong that you start to hear, feel, taste, and see things that do not exist.

If you are looking for such strains, then we have made your work easy. We have prepared this post to specifically discuss psychedelic weed strains. Keep reading and test them out to identify your best hallucinogenic marijuana.

Is Weed a Psychedelic?

Experienced and adventurous stoners hunt for psychedelic strains for their long-lasting, trippy, and mind-warping effects. These effects are not easy to track down scientifically, but users have reported these feelings when they take certain marijuana strains.

Marijuana is among the narcotic drugs with psychedelic effects. However, these effects are more pronounced in some psychedelic drugs, such as LSD, psilocybin, amphetamines, cocaine, ecstasy, among others, than they are in cannabis.

Psychedelic effects refer to a non-ordinary state of consciousness. Psychedelic weed can alter your sensory nerves to see, feel, taste, and hear imaginary things. You will temporarily be in your own world.

Does Marijuana Cause Hallucinations?

Technically no, but theoretically, yes. Hallucinogenic marijuana can alter the state of your mind to start comprehending things that are not real. True hallucinogenic drugs will seemingly change your physical surroundings. Your eyes will be seeing distorted images and trigger the receptors in your brain to visualize non-existent things.

Certain cannabis strains are also believed to cause hallucinations, but it happens differently in this case. The effects are mild and require a combination of different psychoactive compounds, high THC, and terpenes to trigger the trippy feelings.

Most trippy weed strains have high THC content and are produced through controlled breeding programs. Both Indica, Sativa, or hybrid strains can qualify as psychedelic weed. What matters is the terpene profile and psychoactive compound content of the plant.

Experienced stoners are hunting for trippy psychedelic strains of marijuana to enjoy these trippy feelings. Look no further because we have prepared a list of the most psychedelic weed strains. However, we have to warn newbies and stoners with low THC tolerance because trippy weed strains are also potent.

Amnesia Haze is a famous trippy weed that you will find on the shelves of most dispensaries. This award-winning cannabis strain developed by Zamnesia Seeds is best-known for its high potency and psychedelic high, the reason why it appears at the top of our list.

This hallucinogenic strain also sends a flash of euphoria and energy throughout your body, effects typical of any Sativa marijuana. Novice stoners are warned not to try Amnesia Haze because of the reasons we have already stated. An overdose of this strain should be avoided since the effects can blast you off.

Mimosa is a relatively new cannabis strain in the market, introduced in 2018 by Symbiotic Genetics. However, it has grown in popularity due to its desirable effects. This Sativa flower resulted from a cross between Clementine and Purple Punch.

Mimosa strain is characterized by a sweet and sour, fruity aroma brought about by limonene and other terpenes in this plant. Users have reported feeling happy, uplifted, energetic, and most importantly, trippy. It is a psychedelic weed you can use to relieve stress, depression, anxiety, pain, and fatigue.

Wedding Cake strain belongs to the Girl Scout Cookies family and is best known for its high potency, evident from the first hit. The THC level of Wedding Cake varies widely depending on the phenotype, but it is potent enough to be on this list of the trippy weed strains.

This cannabis plant has dense buds with an attractive color spectrum. Its aroma takes after the name with a tangy flavor. You can also feel its sweetness under the tanginess. The smoke coming out of a burning Wedding Cake has expansive behavior, making most stoners cough. This is a sign of its high potency and worthiness to be a trippy weed.

It makes much more sense to opt for trippy weeds named after drugs associated with psychedelic effects. This trippy marijuana got its name from its effects that will alter your mind and shoot you to the next planet. It got its high potency and hallucinogenic features from its equally potent parents (Skunk #1 and Mazar). Mazar is an Indica landrace known for numbing and a full-body high.

LSD strains are highly potent, with an average THC of 24%. The most abundant terpenes in this psychedelic marijuana are terpinolene, pinene, and myrcene, giving it the relaxing and happy effects reported by many users.

Lemon Power Haze belongs to the haze family, popularly known for psychedelic effects. So, if you are looking for a trippy weed, then it makes sense to pick one of the Hazes. Lemon Power Haze is here to rejuvenate the lost glory of Haze potency with its strong cerebral stimulation that strikes almost immediately.

Lemon Power Haze is a Sativa-dominant hybrid strain. With that, you can expect a giggle, euphoria, and a burst of energy, in addition to psychedelic feelings. Small doses are okay for giving you the energy boost and mind activation to get your day going. But more doses will drive you crazy and make you trippy.

Tickle Kush became famous among marijuana users after winning the 2014 High Times Strongest Strains on Earth. This hybrid strain resulted from a cross between an Indica-dominant LA Kush and pure Sativa Chemdawg. Tickle Kush is more of a happy and mood-boosting weed, but it is strong enough for mind-blowing stimulations, making it a trippy strain of weed.

Durban Poison comes as the last on our list of psychedelic strains, but it should have been at the top. Despite its low THC level of about 9%, this cannabis strain has just enough concentration of THC and other psychoactive compounds in the bud to make you trippy. It is effective at offering the psychedelic effects that you are seeking.

Durban Poison is a pure Sativa strain whose origin can be traced back to South Africa. It has a unique flavor profile that quickly reveals its potency and hidden psychedelic effects. The taste is disorienting, spicy, and enjoyable.

At The Lodge Dispensaries, you can find the best and most refined psychedelic strains that will give you a trippy high. We have the best quality products at the best prices in our menus, and you can always use the best cannabis deals at our store to spend less on your favorite weed strains.

Is weed a hallucinogen?

Yes. Weed can be considered as a hallucinogen because its effects on some users prove so. A hallucinogen is a substance that makes the mind perceive things differently. They interfere with the auditory and visual nerves in your brain, making you imagine things that are not there. Weeds are associated with time distortion effects.

Can weed make you hallucinate?

Yes. If it is a hallucinogen, then you can expect its effects to alter your state of consciousness. Many users have reported visualizing time not changing, which is a form of hallucination. Sometimes the auditory nerves are affected, and you often hear amplified sounds when you take psychedelic weed strains.

Psychedelic substances can alter the state of mind, perception, mood, cognitive processes, among others. The most common psychedelics include Psilocybin, LSD, MDMA, DMT, etc.

Is marijuana a psychedelic?

Psychedelics are chemicals or substances that can change your perception of things. Weed is also capable of doing the same and is sometimes thought of as a psychedelic. However, there is no documentation at the moment to support it. This leaves cannabis to be a drug in its own class.

One Reply to “Most Psychedelic Weed Strains – Best Trippy Weed”