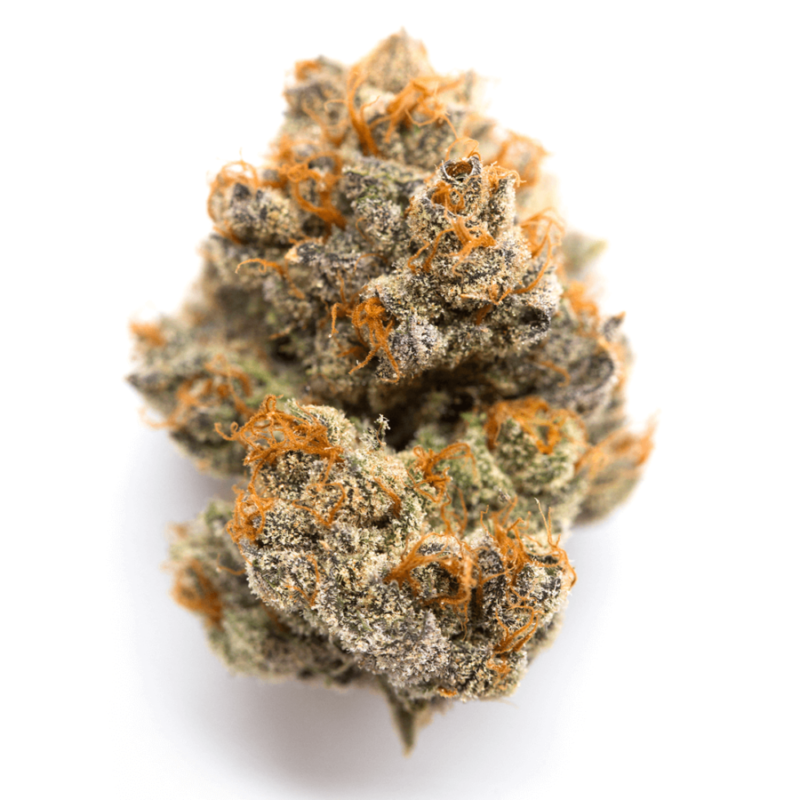 Permafrost is a hybrid cannabis strain from the White Family made up of 70% Sativa and 30% Indica. It is a cross between White Widow and Trainwreck, which explains the potency of this flower. Its THC level ranges from 20 to 23%, though its CBD is relatively low.

THE AVERAGE FLOWERING TIME IS 10-11 WEEKS. THE PLANT DOES WELL INDOORS AND OUTDOORS.

As the name suggests, Permafrost is a marijuana strain whose nuggets are covered by a frosty layer of crystal trichomes. The flower bears a hearty green color with a palish appearance due to the color of its sugar leaves. It is also characterized by brassy orange pistils that stick out from its frosty sugar leaves.

Permafrost is a medium-sized, high-yielding cannabis strain. It is known for its generous reward after about 10-11 weeks of waiting. For an even better outcome, keep the growing conditions warm. Permafrost produces an average yield of 16 ounces of bud per square meter indoors and 14 ounces per plant outdoors. The harvesting season begins in mid-October and extends to early November.

Permafrost is a fragrant cannabis strain with a room-filling aroma. It exudes a strong and heavy pungent smell with spicy and herbal hints. Similarly, it has a strong taste that lingers in the mouth after exhaling. Most reported flavors include earthy, piney, spicy, and minty, but some phenotypes can produce other variations.

Permafrost’s most reported effect is enhanced sensory abilities. Colors will seem brighter and sound louder than they usually are. It also provides an ample upbeat and creative high that settles into physical relaxation. However, you should have some snacks nearby because this weed strain is associated with the munchies.