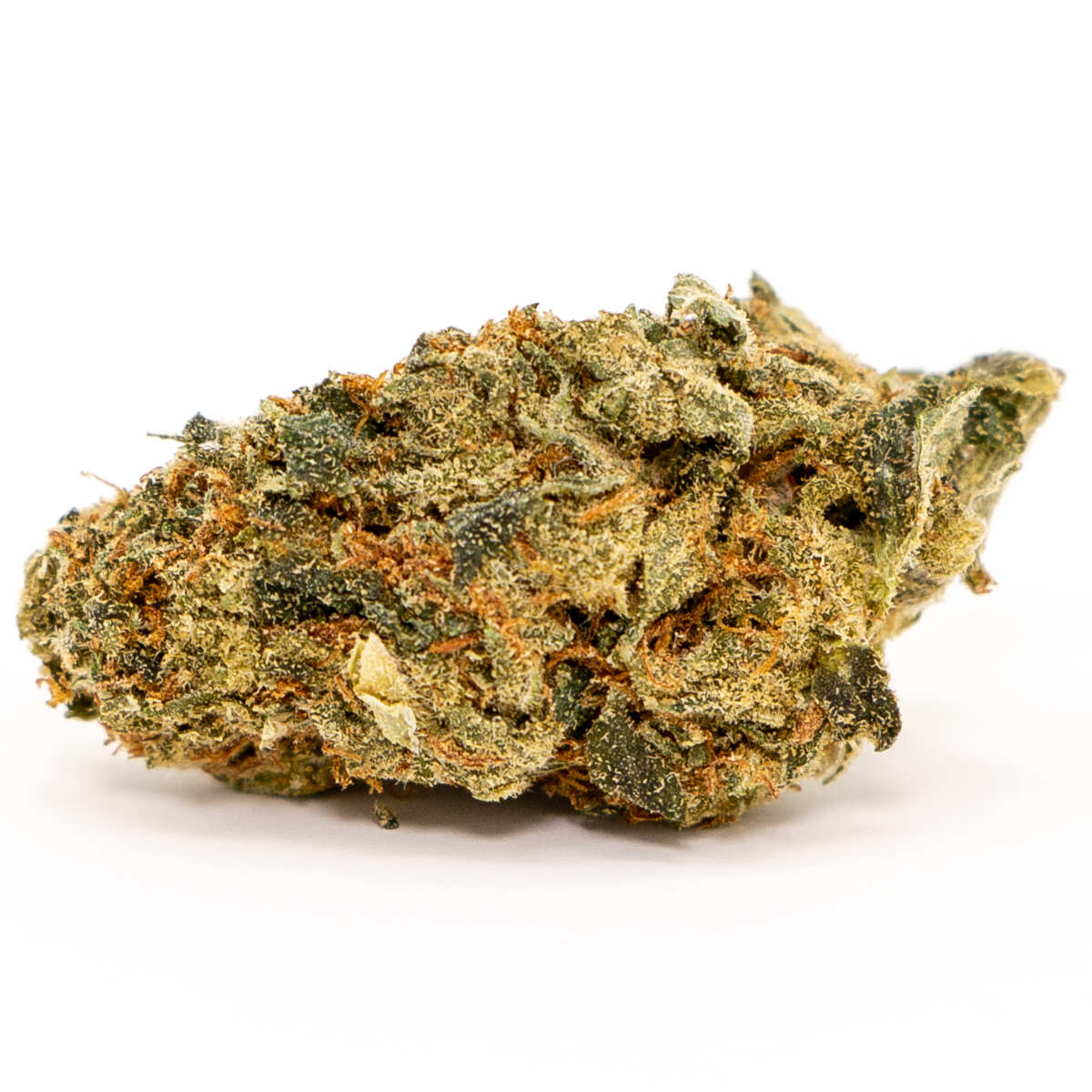 Trainwreck strain is a hybrid resulting from crossing two Sativa plants (Mexican and Thai) and one Indica (Afghani), giving it 80% Sativa and 20% Indica. It is considered a highly potent strain with a THC value of 18-25%. Many theories are revolving around the origin of its name. Many believed that it was named so because it first grew in the Humboldt area where there was a train accident. Some people think that it gets the name from its immediate slam of mental stimulation that hits your head like a runaway train.

Trainwreck records significant yields when grown indoors and outdoors, with an average yield of 500 grams and 700 grams per square meter, respectively. It starts to flower between 8 and 10 weeks. This is a tall and dense strain that requires adequate space for maximum yielding. The plant appears gray after flowering. That is because of the high number of trichomes on it.

The long leaves of Trainwreck let out a pine or citrusy aroma that distinguishes it from other strains. It has a lemon taste that will make even experienced stoner cough when inhaling the smokes. Once in the bloodstream, you can expect a mellowing body high and a cognitive high that calms your mind, making you forget about your worries. Even a few puffs are just enough to cover your body in a warm and pain-numbing buzz.

The Sativa-dominant effects of Trainwreck make it a good choice for medical use. It is commonly used for treating ADHD, PTSD, and stress. Some users have also reported its effectiveness in relieving chronic joint pains and muscle stiffness. Those suffering from lack of sleep can also take a few hits to induce the couchlock effect of Trainwreck.