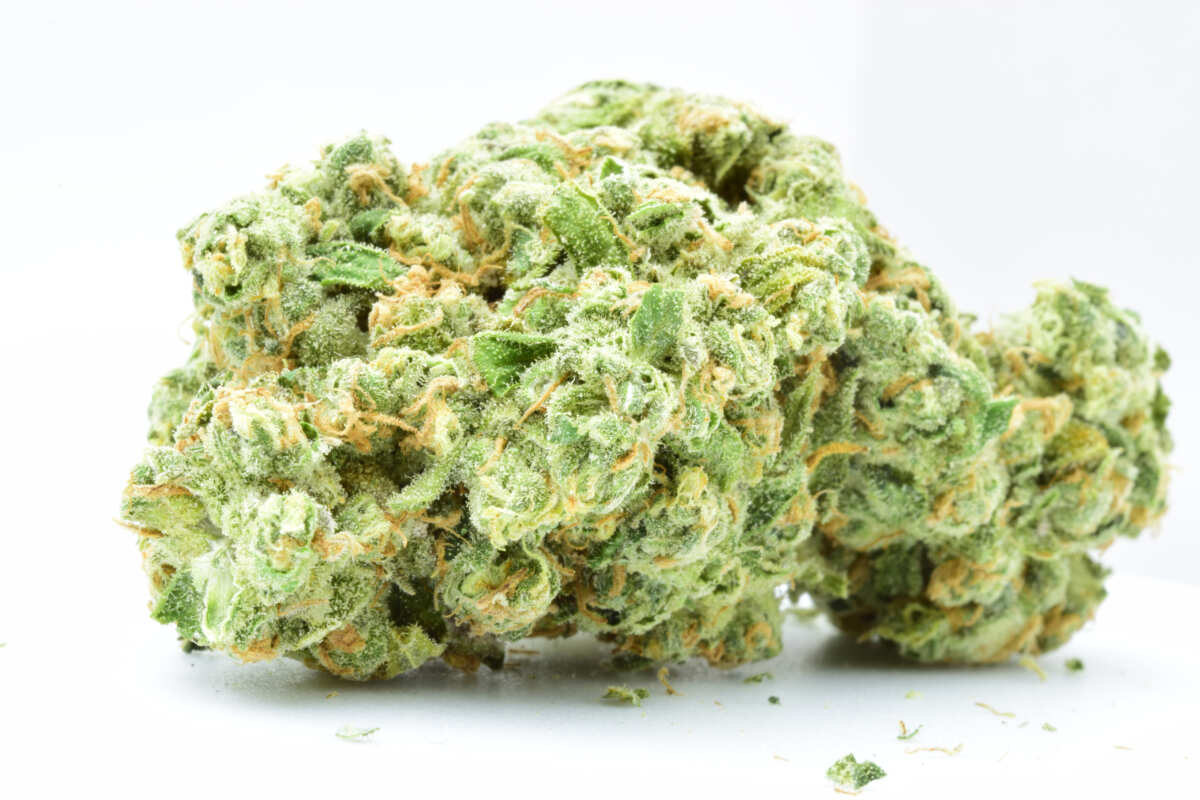 White Widow is a Sativa-dominant hybrid first bred by Green House Seeds in the 1990s. This veteran strain has made a name for itself by winning the 1995 High Times Cannabis Cup plus many other awards. It is a cross between the resin-heavy South Indian Indica and Brazilian Sativa Landrace. The strain is 60% Sativa and 40% Indica.

White Widow is famous for its high trichome count and is the most valued strain for hash production. Its average THC level is about 20%, but some phenotypes have recoded as high as 25% THC content. The buds or White Widow are positively identified by their chunky structure and conical and tapered shape. The buds are fluffy in texture and less sticky, making them possible to be broken by hand.

When a grower observes all the conditions, White Widow produces buds that appear white gray because of the dense long-stalked trichomes covering them. The leaves also appear spring green. At maturity, the strain lets out a stinging, ammonia-like aroma with some hints of pine. Opening the buds also reveals the hidden hash-like scent. Smoking White Widow uncovers its earthy, fruity, and tasty profile.

White Widow does well in the Mediterranean climate. It shows resilience against some common diseases such as mold. It can be calculated both indoors and outdoors, where it grows to an average height of 6 feet. The plant flowers after about 9 weeks and is usually harvested in October, giving a yield of between 1.3-2 ounces per square foot.

Smoking White Widow will leave you energized and relaxed. Its euphoric high will still leave you to go about your duties. Stoners prefer this strain for its relaxing effect that does not lead to a couchlock. You can still maintain a healthy mental state.