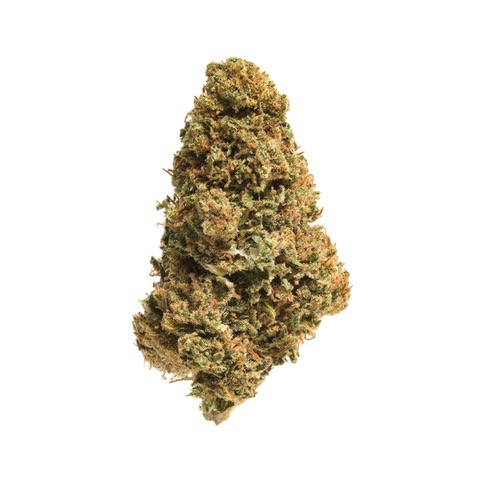 Critical Mass is an Indica-dominant hybrid strain (80% Indica and 20% Sativa) cultivated by Amsterdam’s Mr. Nice Seeds. Its parental lineage consists of the iconic Afghani and Skink #1 strain. This marijuana strain was named after an unusual behavior it exhibits. Its branches often break under the weight of dense and heavy buds. Critical Mass is a marijuana strain for novice and veteran smokers because it is less potent than other strains. But its THC of 19-22% is enough to trigger the desired effects.

CRITICAL MASS CAN BE GROWN INDOORS OR OUTDOORS WITH AN AVERAGE FLOWERING TIME OF 8 WEEKS.

Critical Mass marijuana strain is easy to grow. Even beginners will not find it challenging. It is also known for its heavy yields and relatively short flowering period. It takes about 8-9 weeks indoors and produces 27 ounces of fresh buds per square meter. Outdoor growers should expect to yield 21 ounces at harvesting, usually in mid-September. Critical Mass is happy growing in a Mediterranean climate where it gets enough light and warmth. However, it should be shielded from humidity and rain and be supported because of its heavy buds.

Critical Mass is a loved strain for its aromatherapy and delicious flavor. It emits sedative scents of powdery bubble gum mixed with berry, spicy wood, and hints of skunky smell upon exhale. It tastes more skunky and heavier than its aroma. This strain will leave a skunky citrus flavor on your palate after treating you with a smooth, sweet, earthy smoke.

Smoking Critical Mass in small doses improves creativity and causes a euphoric feeling. These first effects can be followed by laziness, couch-lock, and sleepiness, especially if taken in higher doses. It is best for relaxing on a lazy afternoon when you just want to unwind and let the hours pass.