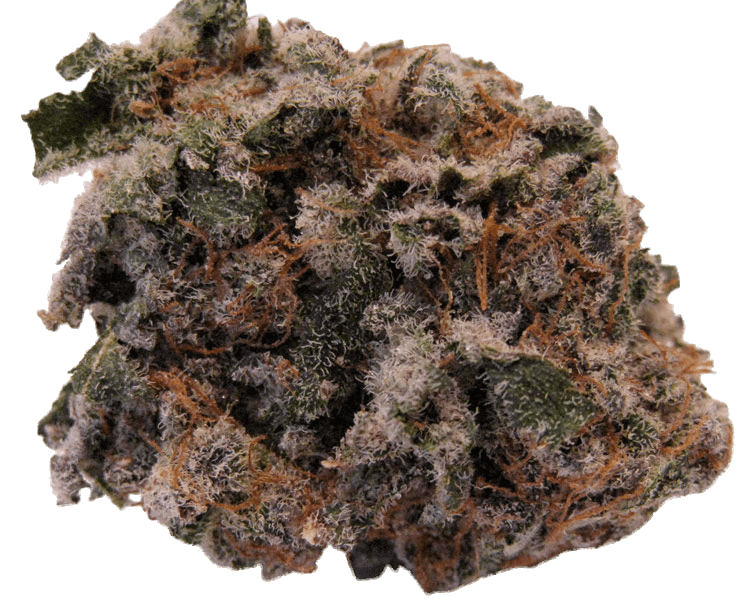 Blackberry Kush is an Indica-leaning hybrid made of 80% Indica and 20% Sativa, a cross of Afghani and Blackberry. Blackberry Kush strain boasts a relatively high THC content of 16.5% on average and a low CBD of 0.5%. However, some phenotypes can clock in at a THC level above 20%.

As an Indica-dominant hybrid, Blackberry Kush does not grow tall. But remains short and bushy.

It typically produces Indica-dense nuggets. These are coated with green leaves and a purple layer. However, in some phenotypes, the buds have dark purple calyxes. This results in a blackberry-type appearance. The beauty of the buds of this strain comes from the red-colored pistils that pop out of the nuggets.

Blackberry Kush is not easy to grow outdoors. Most growers recommend cultivating it indoors where conditions can be controlled. Fortunately, the plant is more resistant to molds. Novices should start with other marijuana strains that are easier to grow than Blackberry Kush. These are more susceptible to spider mites and fungus. They generally take 8-9 weeks to mature, yielding 28 ounces per plant outdoors and 16 ounces per square meter indoors.

Blackberry Kush emits an earthy, sweet berry aroma with a similar taste. This strain is not as pungent as many would expect, but its flavor is more like the smell. Users have reported getting high just after smoking a little of it.

Blackberry Kush produces a nice, mellow body melt when taken in small amounts. Higher doses are likely to induce couchlock in no time, which is the reason it is used to treat sleeping disorders. Its high effect is also relaxing, which decreases body pains. Also, munchies are very common.