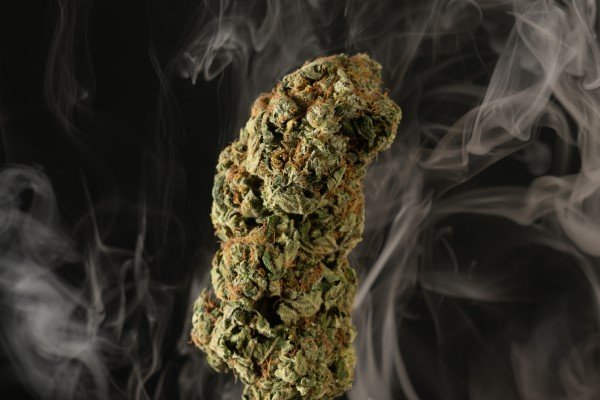 “Can you eat raw weed?” Experienced cannabis connoisseurs might get a laugh out of this question, but most people wonder about it at some time or another. Despite the fact that new information about cannabinoids has some people adding cannabis smoothies to their diets, most recreational consumers won’t get the experience they’re after unless the flower has been decarboxylated. You don’t need to be a chemist to understand this process, and it will help you appreciate some of the science behind weed.

Before you can fully appreciate decarboxylation, you have to know that raw or live cannabis really doesn’t contain much, if any, THC. That may come as a surprise if you’ve ever been to a dispensary and seen flower labeled with its THC level. The actual truth is that that percentage is a measure of THCA. Don’t worry, though; you haven’t been duped. THCA turns into THC when you heat cannabis before enjoying it.

We’re starting to believe that THCA has its own benefits, and some people like to include it in their diets, but it has to be converted to THC to produce the psychoactive, intoxicating high that most recreational marijuana consumers want.

How Can I Decarboxylate Cannabis?

Decarboxylation occurs over time, and heat speeds the process up dramatically. Simply drying and curing cannabis can convert a small percentage of the THCA to THC, but you’d still have to eat a massive amount of cured cannabis to get any noticeable effect from the THC.

To decarboxylate your cannabis more completely, you can burn it, vape it, or cook it. The heat will convert that THCA to THC, which will send you on your way to the experience more commonly associated with marijuana.

It partially depends on how you’re decarboxylating your cannabis. If you smoke it, the fire is definitely hot enough. When vaping, we normally recommend temperatures of at least 310°F, though many people actually prefer to vape at much higher temperatures. Most people who are asking about the best temperature to decarboxylate cannabis are curious because they want to make homemade edibles.

For that purpose, we typically recommend putting cannabis in the oven at 240°F and leaving it in there for about 30 minutes. Some people like to decarb lower and slower in an attempt to preserve terpenes, while others like to leave their cannabis flower in the oven for up to an hour at 240°F because it’s said to lead to a complete decarboxylation. Whatever you do, just make sure you don’t burn the THC off completely and produce burnt tasting edibles with no effects.

Can I Make Edibles Without Decarboxylating My Cannabis?

Yes and no. It’s possible to make edibles without decarboxylating the cannabis flower in the oven or another device first. That said, the actual chemical process of decarboxylation absolutely must occur for the edibles to produce effects from THC.

Some people decarboxylate their cannabis in the butter or oil by cooking it at low temperatures for a long time. If you do it this way, though, prepare for a lot of time spent stirring and keeping the mixture between 240°F and 300°F.

The best way to get great decarboxylated cannabis is to start with premium flower. You can find that in both Barnum and the RiNo District by checking our dispensary menus. Visit us today to pick your strain, or contact us if you have any questions in the meantime.