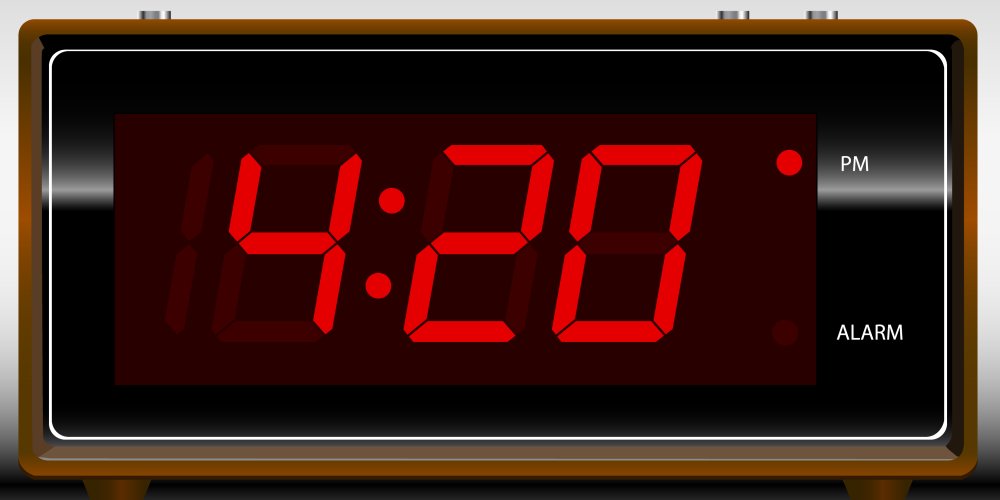 The exact origins of 4/20 as cannabis slang and a national holiday date back to Northern California, but now Colorado is home to some of the biggest 4/20 celebrations in the world. Progressive legislation throughout our state has turned us into a hub for cannabis culture, and that means one heck of a party come late April. Learn more about the roots of this holiday to look like a cannabis history buff while you celebrate with your friends this year.

There have been many rumors about the history of 4/20 for years, but a journalist recently cut through all the rumors and uncovered the truth. This phenomenon began with five high school students in San Rafael, which is near San Francisco, California. They loved cannabis and called themselves the Waldos because they liked to meet at a spot near the wall outside their school. 4:20 was the perfect time for them to meet because school activities had ended by that time and they could smoke in peace.

They’d enjoy their favorite herb, relax together, and occasionally go on a search for hidden treasure. It was rumored that a large cannabis crop had been abandoned in their area, and the Waldos wanted to find it. They never could locate a field of green, but did develop a secret code along the way. 4/20 became their way to refer to cannabis without letting teachers or parents know what they were up to.

The Waldos had plenty of friends, but their reach alone wasn’t enough to help their secret word become as popular as it is today. It turns out they had a connection to an extremely popular 420-friendly band: none other than the Grateful Dead. Band members picked up on the Waldos’ secret code word, then spread the seeds of 4/20 far and wide. By the 1990s, large publications like High Times magazine had picked up on it, and soon people were lighting up their favorite strains of 420 at 4:20 on 4/20.

United States politicians haven’t always been known for supporting the 420 movement, but things have come a long way recently. Earl Blumenauer, a Congressional Representative from Oregon, introduced the Regulate Marijuana Like Alcohol Act as house bill 420 during January of 2019. Oregon’s politicians continued to fight for cannabis rights, and Senator Ron Wyden introduced Senate bill 420 not long after. Senator Wyden’s bill is an attempt to deschedule cannabis and establish a framework for legal sales throughout the nation.

Oregon is helping lead the national charge to treat recreational cannabis more like alcohol, but Colorado is no slouch either! Our local celebrations are the biggest and best in the world, which brings plenty of attention to this issue.

All of us at The Lodge are excited to help you get ready for 4/20 with our extensive dispensary menus. Our highly-educated budtenders have some of the best product knowledge in the industry, and will happily guide you through the experience as you round up all your supplies for the big day. They’ll help you select some of our premium cannabis products and meet you with excellent customer service at every step along the way. Come visit us at our locations in Barnum, Colorado, or the RiNo district, and feel free to contact us if you have any questions in the meantime.