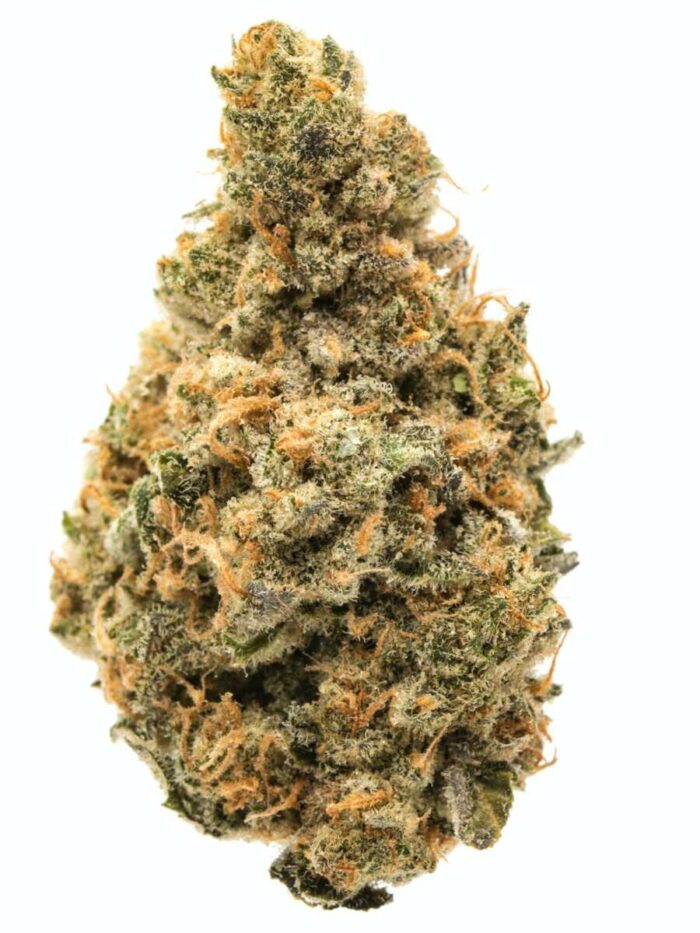 Red Headed Stranger is a Sativa-leaning hybrid consisting of 75% Sativa and only 25% Indica. It is a cross between Willy’s Wonder and Haze. This strain was named after the infamous country music album by Willie Nelson, which was a hit in the 1970s. Red Headed Stranger remains to be a potent flower even to date. It has a THC level of between 19% and 26%. It won the Best Sativa in the Colorado High Times Cannabis Cup in 2012.

The Red Headed Stranger has large chunky buds. Despite its heavily Sativa genetics, its structure still leans towards Indica. The buds are tightly packed as in other Indica varieties. You can distinguish it from others with forest green leaves, red pistils, and white trichomes. Unfortunately, the Red Headed Stranger is difficult to grow. Its cultivation is only recommended to experienced growers who can train it right. Low-Stress Training and indoor conditions give the best yields in about 10 to 11 weeks.

Red Headed Stranger emits a sweet citrusy scent that fills the surrounding area once the bag is opened. There are also floral hints that come out when the buds are broken and grounded. Lastly, Red Headed Stranger emits minty notes when ignited. The Flavor of this strain is much like its scent. Citrusy, earthy, spicy are the mainly reported tastes, but you can also feel minty and herbal on the exhale.

Red Headed Stranger has both head and body high. Users describe the experience with this strain as a clear, mellow high that places them in a lovely state of calmness. It is the go-to weed strain if you need mental and physical relaxation.

Many people have used the Red Headed Stranger strain for stress relief. Arthritis, seizures, migraines, and many other chronic illnesses.