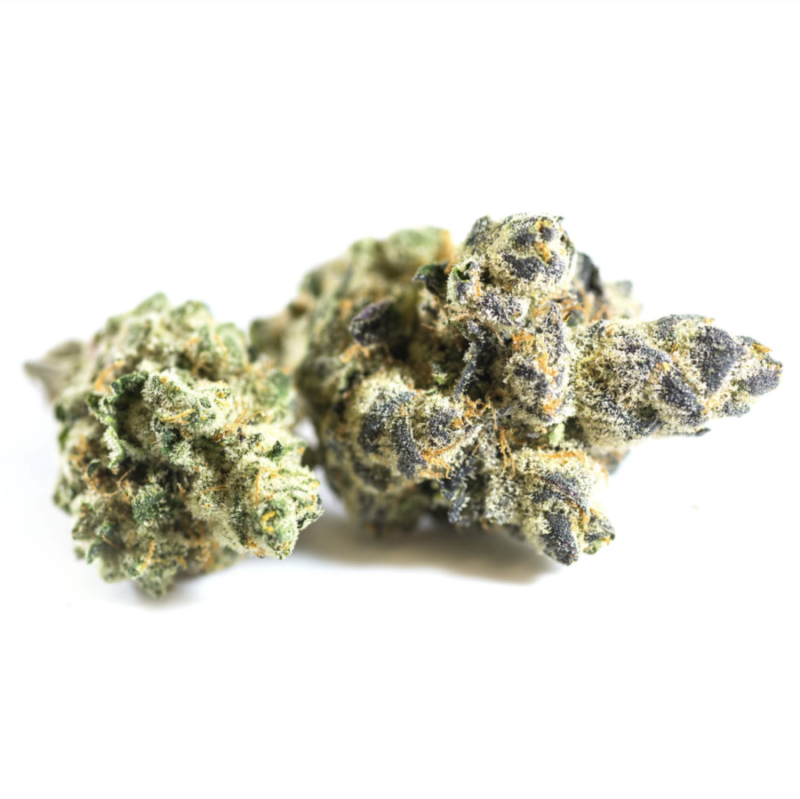 Platinum Kush is a heavily Indica dominant strain with 90% Indica and 10% Sativa genes. Its lineage is OG Kush and Afghani and has a THC level of about 15-18%. However, it stands out as one of the marijuana strains with the highest CBD content.

The Platinum Kush got its name from its appearance; a bounty of white, reflective, sticky trichomes. It has medium to large-sized nuggets that cling together in a conical shape. They exhibit the typical densely packed flowers of Indica strains. Its leaves overlap each other and cling tightly around the central stem. Many phenotypes of Platinum Kush have pale sea-green leaves, but some have dark purple patches due to anthocyanin concentration.

This weed strain is relatively easy to grow, just like many other auto-flowering ones. It is highly resistant to pests and diseases, such as fungi, mold, mildew, and viruses. If kept disease-free and other growth conditions maintained, Platinum Kush flowers in 9 weeks and ready for harvesting in September or October. It, however, has a low yield compared to other weed strains. You can expect about 250-350 grams per square meter.

A cured Platinum Kush has a room-filling aroma. It smells intensively sweet, verging on skunky with a fermented undertone. The scent can also be earthy and musky, making it more organic and grounded. Breaking the bud reveals their tangy smell. When they go up in smoke, a thick smoke whirls in the air, making even experienced smokers cough. The taste of this weed strain is sweet and turns acrid on the exhale.

The Platinum Kush high creeps in slowly and may take 15 minutes before revealing its full effects. When it is time, you will start feeling throbbing around the eyes and forehead before it spreads to the neck, limbs, and throughout the body. You may experience sensory amplifications. The high settles in a relaxing mood that can leave you couch-locked.