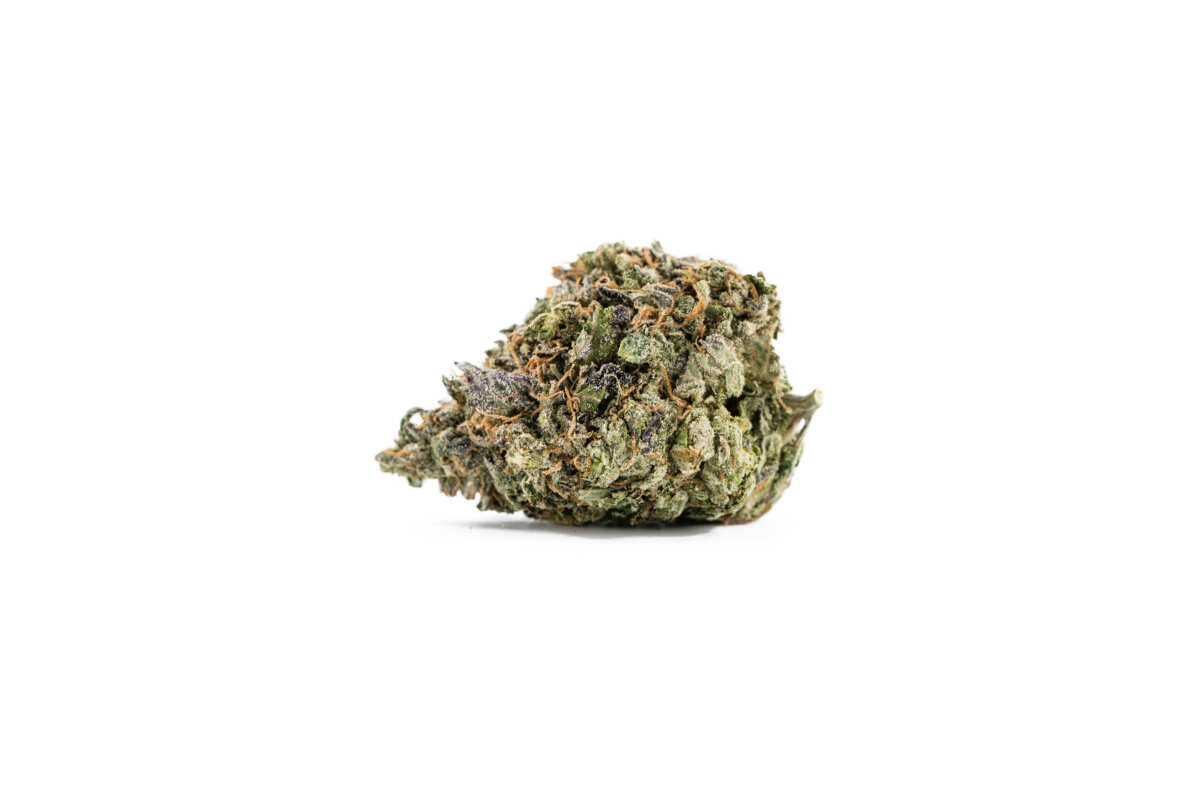 Death Star is an Indica-leaning strain (75% Indica and 25% Sativa) resulting from crossing Sensi Star and Sour Diesel. It was introduced into the market in 2000 by Team Dethstar. The strain was not popular until after 2004 when it featured in the High Times Magazine. Death star has a high THC level of 20%, with some experienced growers producing buds with up to 30% THC.

This strain has dark green leaves and produces buds with dark orange trichomes. Some phenotypes have much darker green leaves and amber trichomes. It can be cultivated both indoors and outdoors, where it grows into a short bushy plant with smaller buds and low yields. On average, you can only expect an average of 25030 grams per plant after waiting for 65 days for it to flower.

Death Star cannabis strains have a pungent fuel-like aroma inherited from the parent. It has a sour smell of diesel with notes of methanol, rubber, and lemon, but you will also feel a sweet smell in the background. Its flavor is also diesel-dominated but with a distant hint of citrus and earth.

Death Star high effects start by compounding pressure at the eyes and back of the head. An increase in a heartbeat has also been reported. But the most dominant ones are muscle numbness and full-body relaxation that wipe away all your pain and stress. Euphoria and laziness are also common effects of this strain.

Being an Indica-leaning strain, Death Star is one of the best strains for medical use. The sedative effect is beneficial to people with stress-related problems such as muscle stiffness, anxiety, and insomnia. The buds are highly euphoric, ideal for relieving mental illnesses such as depression, chronic stress, and trauma. It is also used for combating loss of appetite.