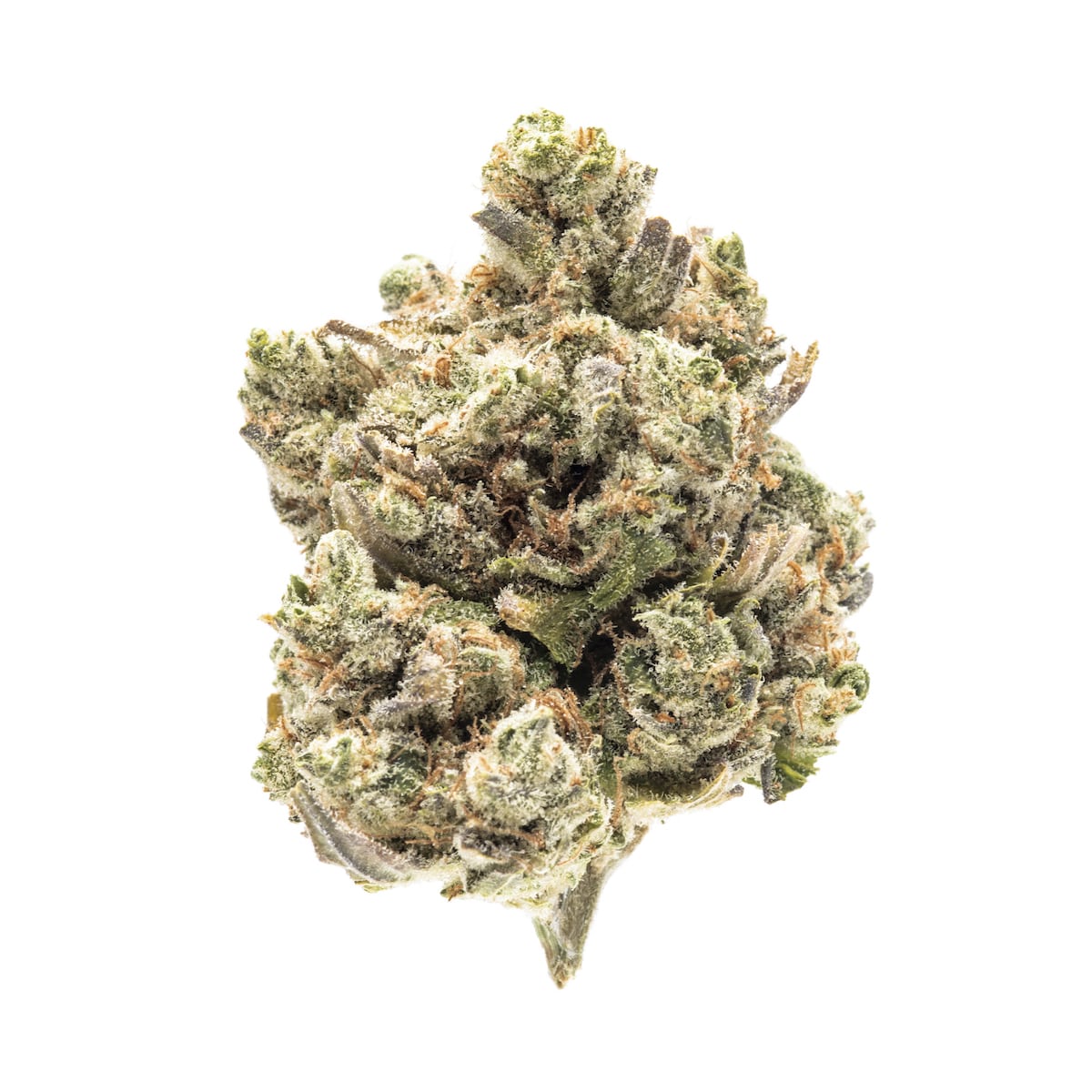 Bana OG is an Indica-leaning hybrid strain resulting from crossing OG Kush and Banana with an Indica to Sativa ratio of 60:40. The THC content varies from 23% to 27%, depending on how the plant was grown, cured, and processed. Its potency clearly warns novice smokers to keep off, but its aroma and taste can be lucrative.

THIS STRAIN GROWS BOTH INDOOR AND OUTDOORS. HARVESTING CAN BEGIN AT AROUND 7-8 WEEKS

Banana OG is distinguished from other marijuana strains for its large, chunky flowers, tapered and shaped like a spade. Its leaves are pale green and feature pollen-catching rusty pistils. Another unique feature of the Banana OG strain is the amber-colored trichomes that make leaves appear yellow.

This weed strain can be grown both indoors and outdoors, where it produces high yields. It is one of the few marijuana strains out there that both novice and experienced cultivators can grow. When grown indoors, Banana OG flowers after about 53 days and produces an average yield of about 12-14 ounces per square meter. It flowers after 7-8 weeks and is ready for harvesting in late September when cultivated outdoors. The yield expected is about 14 ounces per plant.

Banana OG was named after its intense aroma of mushy bananas. It also produces hints of tropical and papaya, but banana and tropical fruit remain the dominant smells reported from this marijuana strain. Banana Kush’s flavor profile is not as strong as its aroma. Users describe it as a strain with an earthy, sweet, and tropical taste and a sour aftertaste.

The strain’s fruity smells might fool you into overdosing yourself with it. Be careful if you have a low tolerance to high cerebral stimulation and the relaxing effects of Banana OG that can persist all day long. It is a highly potent weed strain that is notorious for knocking out even the most experienced stoners. Many recreational users prefer it for its calming effect that is not overly sedating when taken in small doses.