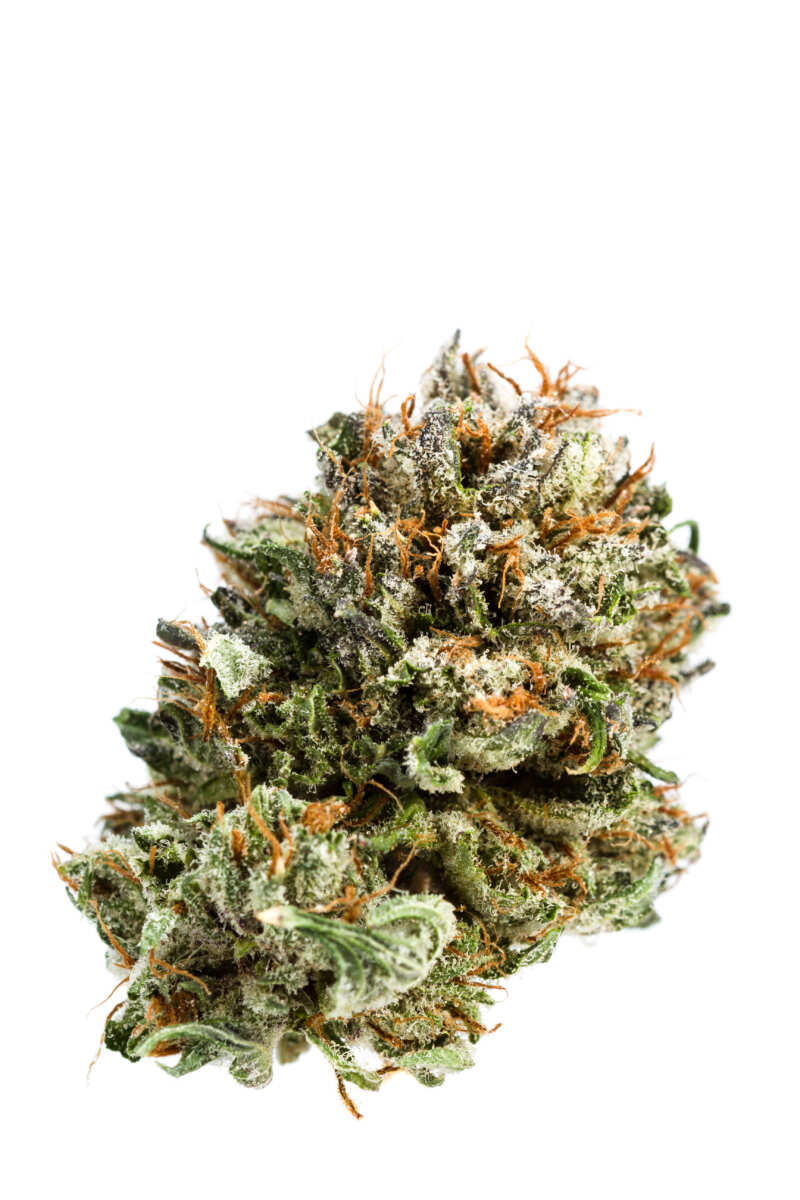 Agent Orange is a Sativa-dominant hybrid strain created by the TGA Genetics after crossing Orange Velvet and Jack the Ripper. It comprises 75% Sativa and 25% Indica. Despite the moderate THC level of 15% on average, Agent Orange remains one of the potent cannabis strains on earth. Novice stoners are warned against trying large doses of this marijuana strain because of its high cerebral stimulation, which is considered trippy.

Agent Orange plant is characterized by large, flat-topped colas that can turn purple due to the concentration of anthocyanin pigments. It grows tall, up to 10 feet in height, producing large green leaves and large buds coming out of the central stem. Buds feature orange pistils and white trichomes. This color combination makes the nuggets and buds aesthetically appealing to the eye.

Agent Orange performs well indoors and outdoors in a warm and sunny Mediterranean climate. The cultivation of this cannabis strain is considered difficult, making it unsuitable for new inexperienced growers. It takes between 55-65 days when grown indoors, yielding about 16oz per square meter. Yield outdoors is slightly higher, giving 19oz per plant, and is ready for harvest in mid-October.

Agent Orange is one of the sweetest weed strains on the planet. It is characterized by lemon, orange, and liquor-like scents. The flavor also follows the same trails, with citrusy and orange aftertaste on the palate. Do not be lured by this taste profile to overdose yourself, as Agent Orange can be very trippy.

This marijuana strain hits fast and hard. You can expect to start feeling the effects immediately after taking the first puff. A strong sense of euphoria hits users, followed by a happy feeling that can turn giggly. There is also a boost in energy and creativity, making this a perfect daytime strain. The trippy effect subsides in about 30 minutes, leaving you conscious once again to handle your duties.