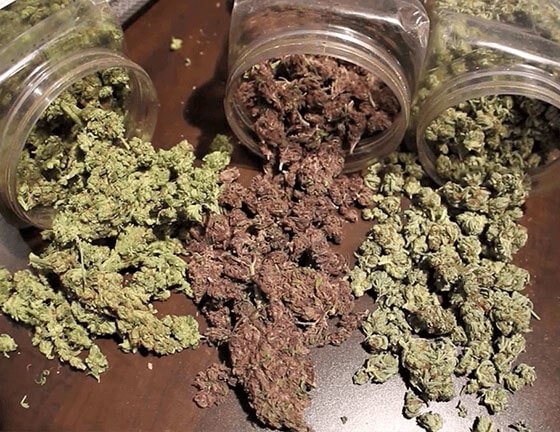 The United States government has a somewhat disreputable, even shameful history of experimenting with drugs, particularly in the early 20th century.

[Federal Bureau of Narcotics officer George] “White tested ‘his superpot’ on one August Del Grazio, an associate of Mafia boss Charles “Lucky” Luciano with well-known connections to Corsican and Mafia drug smugglers. With reference to work by author John Marks, Valentine reports that Del Grazio’s revelations about the drug trade were so sensational they were redacted from OSS documents before they were released decades later.”

“With this success, the OSS decided to use the marijuana truth drug on German prisoners and others. In September, White paid a visit to security officer John Lansdale with the Manhattan Project (which produced the first atomic bomb) and administered the drug to the program’s scientists. The use of the drug on human subjects continued at least through 1947, but after years of experimentation, the marijuana failed to be a consistently reliable truth serum—at least in terms of how it was being used by White.”

“But the drug needed to be tested and observed, and this wasn’t really a job for scientists. That’s why George White became important. According to Valentine, “Donovan and Anslinger chose George White to test the Truth Drug on unsuspecting hoods, spies, and assassins.””

“In April of 1953, the CIA approved a biochemical warfare program to develop drugs to discredit friends and foes, to aid interrogations, and to assist in assassinations. George White’s truth drug testing activities became a key part of this new CIA program, named MKUltra, a notorious program with a rich and studied history.”

One Reply to “The Truth Serum”